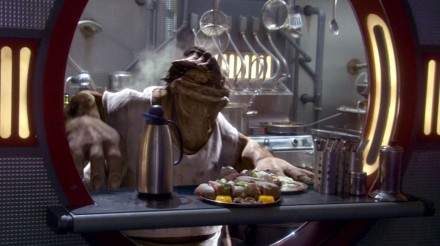 Jake has been providing excellent coverage about the current economic and jobs data and how wage growth here was been more of an illusion than a reality.

In July 2022, Jake reported that unemployment in Wisconsin has been at record lows — below 3% — but that job growth is stagnating.

What this indicates to me is that things are actually still very healthy in Wisconsin’s jobs market, but we still can’t find enough people at publicly facing service jobs to have a typical round of Summer hiring. Some of this may be wage-related, but I also think it is due to a demographic issue that the state has been dealing with for several years.

This is something touched on by the Wisconsin Policy Forum as part of a wider discussion of the changes in the state’s jobs market in the COVID era.

“In the past, we have discussed how Wisconsin’s aging population, low birth rate, and lackluster net migration figures have led to a reduction in the working-age population (here defined as individuals between the ages of 18 and 64). The Wisconsin Department of Administration projects the state’s working-age population will remain roughly the same size – if not decline slightly – until at least 2040.

“Indeed, from 2010 to 2019, Wisconsin’s working-age population declined by 1.0%. While the state’s overall adult population (ages 18 and older) is growing year-over-year, there is a much more rapid increase in those over the age of 65. In other words, Wisconsin’s residents are reaching a typical retirement age at a much faster rate than they are entering the workforce, shrinking the overall labor pool. On top of that, the pandemic caused more people to retire at earlier ages, and it is still unclear to what extent those retirees can be lured back into the workforce.”

All of this information indicates we have a state that seems to be maxed out on workers, and needs to find ways to attract more people to come here.

As confirmation of these findings, Jake previously noted that job growth in construction and manufacturing in Wisconsin has also been stagnating.

But even with another 54,500 jobs added in the state since May 2021, Wisconsin’s 1.9% rate of job growth is less than half the 4.5% rate of growth the nation has seen in that time period. And with 2.9% unemployment in a state that has labor participation more than 4% above the national average, it makes me wonder just how many more jobs can be added in the state today.

It also tells us that the longer-range challenge for the state is to get people to locate to a cold-weather place that traditionally hasn’t paid as much as nearby big markets like Chicago or the Twin Cities.

And, in May 2022, Jake was reporting about “gold-standard” job numbers in Wisconsin that:

So what the QCEW tells me is that our state still has jobs left to gain, but our 2.8% unemployment and relatively low population growth might mean there isn’t much more to gain back. The monthly jobs reports have been positive so far in 2022 (up by nearly 30,000), but let’s see if that growth in wages can start matching the US rate, and can keep workers ahead of the rising prices that we have seen in this year.

First, the number of jobs that exist now is still less than what existed before the COVID-19 pandemic.

And yet, every single one of these states still had fewer jobs in June than before the pandemic. EPI’s Economic Indicators page shows that the United States is still down 524,000 jobs from its pre-pandemic peak. If we account for population growth over the last 2.5 years, the country has 3 million fewer jobs than we would expect if pre-pandemic trends had continued.

Second, labor force participation — the number of people working or looking for work, called an LFPR — is also down from what existed prior to the pandemic.

In Minnesota, the LFPR in February of 2020 was 70.8%. This was considerably above the national average of 63.4%, reflecting Minnesota’s strong employment numbers. By June of 2022, however, Minnesota’s LFPR had dropped 2.3 percentage points to 68.5%. That is larger than the national drop of 1.2 percentage points, from 63.4% to 62.2%. This means that while there is a historically low share of Minnesotans who say they’re looking for work and can’t find it, there is also a substantial share of adults in Minnesota who, since the pandemic hit, are no longer working and not looking for work. In fact, Minnesota’s decline in labor force participation from February 2020 to June 2022 is the 9th largest in the country.

Third, inflation is disconnected from these employment and unemployment numbers.

EPI’s Josh Bivens has explained in detail how current high levels of inflation are the result of global supply-chain problems caused by the pandemic and corporations exploiting the situation to extract larger profits than normal. If low unemployment was a primary driver of inflation, we would see an increase in wages above the rate of inflation, but the opposite is happening. Wages, far from contributing to price increases, are lagging behind price increases, and wage growth is decelerating significantly.

Fourth, the sectors of strong job growth are areas that are attracting new employees who previously were not looking for work at all.

In June, 73.1% of people who were newly employed were not counted as part of the labor force the month before. That is, according to the data, nearly three-quarters of the people who got a job in June weren’t looking for a job in May. This strongly suggests that there are many people interested in re-entering the labor force if there are good jobs available to them, jobs that allow them to balance work and care responsibilities, and jobs that adequately protect their health and safety.

Fifth, job growth, then, is highly dependent on policies that make what a few employers are doing to make work more flexible and to offer higher pay into a baseline for what all employers offer their employees. These policies include:

Unemployment for Black workers continues to run nearly twice as high as that for white workers, and Hispanic workers have an unemployment rate 30% higher than white workers. These disparities persist—in both employment and wages—even when controlling for education and qualifications.

Sixth, because there is no actual connection right now between wages and inflation, higher wages in general are still urgently needed.

Simply put, higher wages attract people to the workforce. For example, shortages of teachers, school bus drivers, and other education employees are directly tied to the low wages of those jobs. States must also set higher wage benchmarks for home health care workers, too, as demand for those jobs is set to skyrocket in coming years. Additionally, supporting workers’ rights to organize unions is a vital tool in building a strong economy for all Americans.

Last, but by no means least, the minimum wage needs to be increased. Many states and cities have increased their minimum wages in recent years, with no discernible impact on the price of gas and oil, food, cars, or semiconductors. A federal $15 minimum wage would lift wages for tens of millions of low-wage workers across the country. In terms of purchasing power, the federal minimum wage is at its lowest level since 1956.