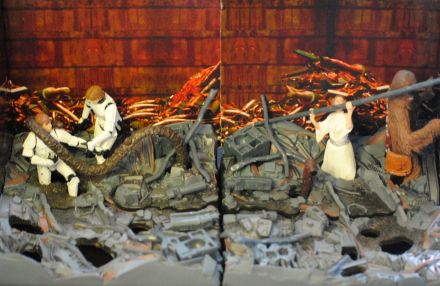 The unemployment special session has come and gone with nothing to show. For some reason, however, folks seem to think a new mainframe is somehow vital to fixing the unemployment case-handling problems at the Department.

I have to ask: what are they smoking?

A new mainframe is a four to eight year project, and there is no guarantee of success. Massachusetts, for example, did not actually get a new unemployment system until its third attempt at replacing its old mainframe.

And, in every state that has moved to a new claim-filing system, the effort has taken numerous years of extensive planning, testing, more testing, and then fixes for implementation mistakes just to make the system operational, if not still worker-friendly.

Do not take my word. Here is what a recent report indicates:

For many years, modernization projects trended in the red—encountering significant cost overruns and schedule delays, with several states actually pulling their projects. As noted in the introduction to this report, as of 2016, 26 percent of projects had failed and been discarded; 38 percent were past due, over budget, or lacking critical features and requirements; and 13 percent were still in progress. However, the past few years have shown great improvement, with more states implementing final systems while controlling costs.

The completed modernization projects have encountered significant problems, including numerous delays, issues with testing, data conversion errors between legacy and new systems, data loss and security issues, and poor training of staff who interact with claimants. For example, Massachusetts’ modernized system, built by Deloitte, was $6 million over budget and, after rolling out two years late, was riddled by implementation problems. Call center wait times doubled, and there were 100–300 claimant complaints per week, owing in large part to a major increase in system-generated questionnaires to claimants, which delayed claims processing.

While Tennessee’s system was developed by a different vendor, Geographic Solutions Incorporated, they experienced some of the same problems as Massachusetts: the system auto-generated numerous non-critical questions about applications that had to be cleared by staff, and the backlog for responding to user questions about claims stretched to eighty-two days after the system was rolled out in May 2016. Data conversion problems between the legacy and new system caused delays in payments, all during an implementation that a legislative audit later concluded was rushed.

In several other states, implementation has been rushed to meet external deadlines, leading to situations like that in Maine and Washington (described in depth in the case studies) where the state’s system was not ready for a surge of claimant questions, glitches caused the system to go down after launch, and repeat problems with core elements like passwords could not be solved.

Florida’s CONNECT system was riddled with timeliness and accuracy problems when it launched, including more than 400,000 claims documents that were stuck in an “unidentified” queue and unable to be processed. The implementation of the new system coincided with a new requirement that claimants report per week, which could only be reported online through the new system. As described in a previous NELP report, “the number of workers disqualified because DEO [the Florida Department of Economic Opportunity] found they were not ‘able and available for work’ or not ‘actively seeking work’ more than doubled in the year following the launch of CONNECT, even though weekly claims declined by 20 percent in that same year.” The U.S. Department of Labor Civil Rights Division found that this aspect of the system had a discriminatory effect on Limited English Proficient claimants who struggled the most. New Mexico’s modernization implementation also faced a civil rights complaint from a legal service organization based on multiple language access problems, including an elderly Spanish-speaking farm worker who was told he could file online in a site that was only in English.

Furthermore, as previously pointed out, this report demonstrates that these modernization efforts have gone hand-in-hand with making the claim-filing process more difficult, not less.

Even Jake, normally an astute observer of labor economics, seems to have fallen under the mainframe spell, when he makes the claim that program integrity funds can be used but are insufficient for such a project. Jake mistakenly uses Department budget numbers for real dollars being expended. In reality, program integrity expenses have been limited to the salaries of a few LTE investigators who predominately investigate claimants for alleged fraud when they make UN-intentional claim-filing mistakes.

Note: A Fox6 report ably shows how the Department presumes UN-intentional claim-filing mistakes are fraudulent, as a fraud charge leads to gargantuan penalties for which the Department pockets a sizable amount for its own program integrity fund — a fact Jake fails to mention.

The claim-filing problems right now are not going away (see, e.g., how current questions about able and available status violate state unemployment law), and they are getting worse. Pinning hopes to a new mainframe that is years away is ridiculous. Yes, the Department needs a new mainframe, but the problems with unemployment are more basic and have little to do with technology. If anything, the Department has used technology to make the claim-filing process more obtuse and less transparent.

As I previously noted: “New Jersey, a state saddled with an older mainframe system based on COBOL like Wisconsin, has paid nearly 75% of the 657,000 PUA claims filed in that state.” For the same time frame, Wisconsin only paid 32.01% of 112,114 PUA initial applications. So, if a COBOL mainframe is NOT preventing New Jersey from handling SIX times more PUA claims and paying 13.5 more PUA initial claims than Wisconsin (490,282 first payments in NJ versus 35,889 in WI), then just maybe a COBOL mainframe is not the source of the problems here in Wisconsin.